A class and internship program at a nearby vintage auto shop creates opportunities for Grass Valley, CA high-school students to reconnect with the world of long-term projects and passionate pursuits.

The school is housed in former auto garages, and across the parking lot was a yard filled with a tantalizing mix of old auto parts and car bodies, from Model Ts and Chevy tow trucks to old Corvettes and Volkswagen vans. Prompted by this student interest, Bitney English teacher Scott Young reached out to James Long, the “owner and chief wrangler of this rust-bucket circus,” and a partnership was born.

Long proved to be “a natural mentor,” and his initial one-week course at Bitney quickly grew into a semester-long elective and an internship program. Soon, says Young, over half of the school’s students were involved with Long’s shop in one way or another.

Over the past year, Restoring Race Cars, Restoring Relevance, a 2017 LRNG Innovators Challenge project, has deepened and expanded this organic partnership.

Long is part of a community of classic race car enthusiasts who convene at garages and shows across the county, culminating each year at the Brickyard Invitational, a classic car race and showcase held at the Indianapolis Motor Speedway, home of the Indy 500.

Since the program began, students have accompanied Long around California, meeting with fellow enthusiasts and collecting future project cars—sometimes just shells—from garages and backyards. Several have even made the trip to Indianapolis, getting the opportunity to watch the race from the pit.

The appeal of the auto program boils down to the heart of the LRNG Innovators Challenge—passion—and in particular three of passion’s key components: craft, curiosity, and community. 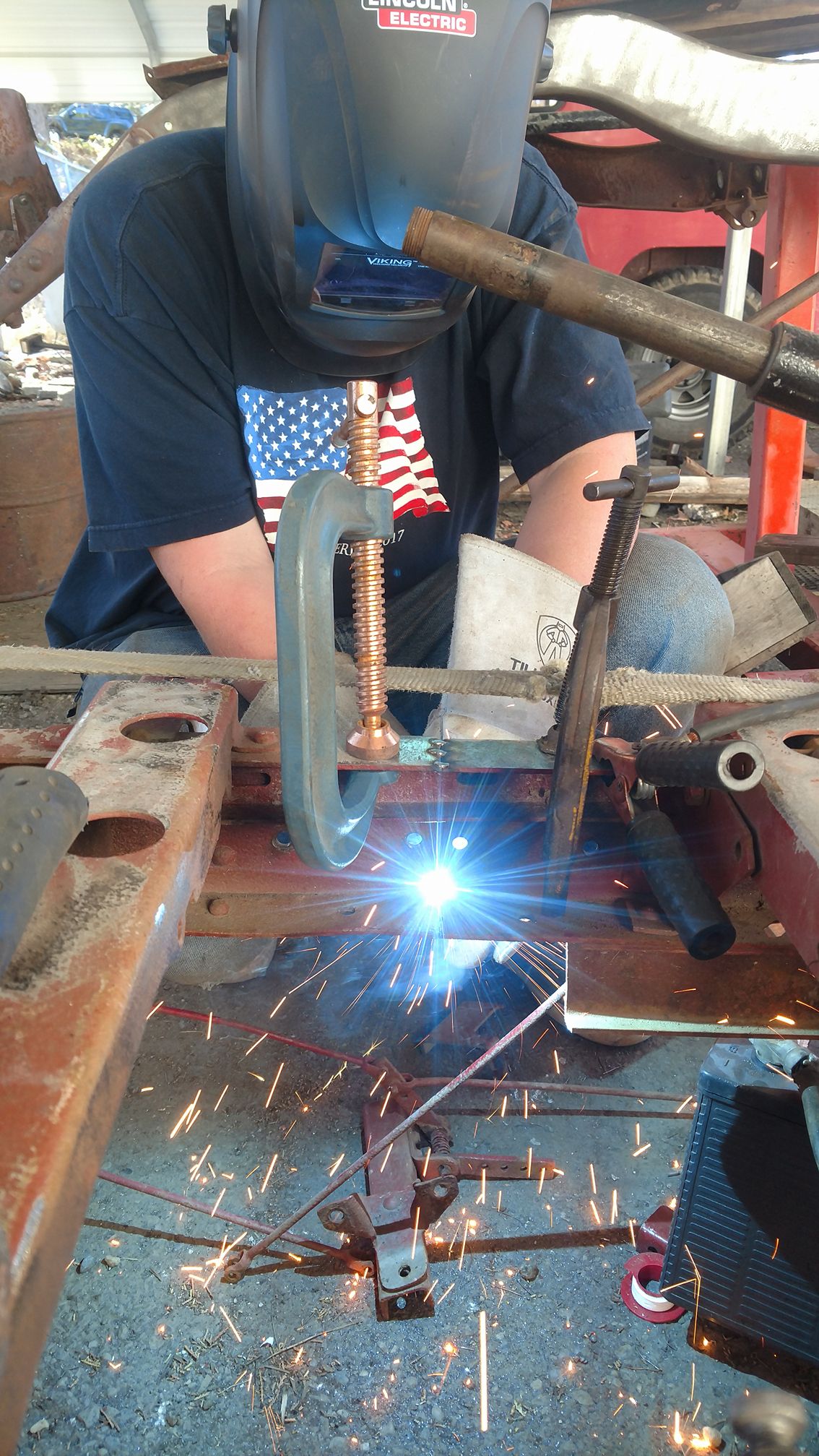 “Craftsmanship, a sense of honor about the work that you do, is one of James Long’s critical planks in how he approaches teaching and mentoring young people,” says Young. “His whole approach working with young people is that you step up into this place where you’re working with literally priceless, one-of-a-kind historical relics, you’re converting them back, and that everything is with integrity. There’s no shortcuts, there’s no faking it, if you have to make a part that’s no longer available you make it in as close to the same way as you can.”

In service of this craftsmanship, students must dig deep into the past, in order to ensure they know exactly what it is they’re replicating. With this sense of purpose, students who previously showed little interest in research or history find themselves deeply immersed. In this way, passion sparks curiosity, a curiosity that Young says often carries over into other subjects.

Travelling with Long to collect new projects and show off their work, students quickly come to understand that their newfound passion, though the work can be solitary, connects them to a community of people across the country who share their commitment. “It’s been pretty rich,” says Young, “the students come home with a considerably different sense of self in the world.”

The effect that all of this has had on many of the students, says Young, is profound. “One of my students for a senior project is doing a webpage, and it’s kind of interesting, because he’s a guy who always described himself as someone whose main skill in the world was the ability to lift heavy objects. Just two years ago. And he has been revolutionized by this.”

Two other seniors, interns on the project and in Long’s shop, just received their diplomas, a trajectory they did not appear to be on before getting involved with the project. “They would not have done it otherwise,” Young says. “They didn’t have the motivation to be in school, they didn’t believe they could be in school.”

Igniting a passion, and connecting students to a real sense of craft, curiosity, and community, has pushed back against an alienation Young has seen growing among his students in recent years. It has reconnected them to a longer-term perspective, to the idea of “working on a project where they have an ongoing relationship to a large project, so they see small incremental changes over time and get to celebrate the goal only after a lot of work….The race car is an example of project management….If you don’t set up a time and place to get one particular thing done, it delays the whole project….You have to figure out how to run a complicated project, which is fundamentally what life is.”

This has restored many of Bitney’s students’ sense of a future that they can work towards. Recent graduates have gone on to automotive engineering programs at Washington State University and McPherson College, and many with no previous post-secondary plans have begun to investigate opportunities at community colleges and trade schools.

Passions ignited, Bitney’s students are engaging deeply and purposefully with their work and projects in a way that school, focused on other mandates, often doesn’t explicitly encourage. With Restoring Race Cars, Restoring Relevance, along with other internship programs, Bitney and Young are making this aspect of young people’s development the centerpiece of the school week, using the principles of Connected Learning to connect students to the world of passion, projects, and meaningful work.

“Making Our Worlds”—a project in Charlotte, NC that was funded through a 2014 LRNG Innovation...