When teens enter The Mix at the San Francisco Public Library, 19-year-old Dayra Banales is quick to step up and offer a tour, walking visitors past a row of new computers and through studios filled with video and audio equipment. She knows just about every inch of the space—after all, she helped design it.

The Mix is a new 4,770-square-foot digital media center on the second floor of the city’s main library. The teen-only space opened in June after four years of planning guided by a group of teens called the Board of Advising Youth, or BAY. The 50 or so teens on the board entered the process at different points and in different ways. Collectively, they helped shape the space into a haven for digital learning.

The Mix is part of the YOUmedia Learning Lab Network, digital spaces for teens in libraries around the country that offer new media tools and dedicated space for teenagers within a traditional library setting. The spaces give young visitors, especially low-income teens, a place to access cutting-edge technology.

Jennifer Greenlee, the teen services coordinator, who led the BAY process, said involving young people in early planning was unique to The Mix. She said libraries in Nashville and Phoenix have since used the process for their own designs.

Greenlee said that for years, the main library and other branches have involved teens in collections or programming. When time came to upgrade the “teen corner” in the main branch, they wanted to use a similar approach for the entire design. 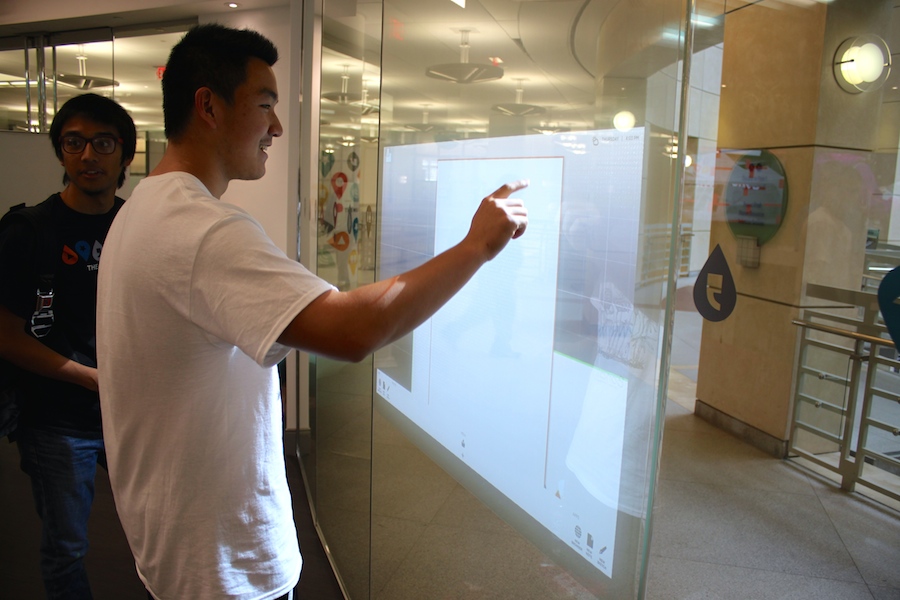 “We could see that the best results happened when teens were involved in decision making from the beginning,” she said.

Teens got involved at the outset by attending board meetings and advocating for funding. The $3.9 million space included funding from Institute of Museum and Library Services, the John D. and Catherine T. MacArthur Foundation, and Friends of the San Francisco Public Library.

“That was one of the best things about those early meetings, just advocating for this space,” said Marc Robert Wong, who was on the board for the last three years and graduated high school in the spring.

Over the next three years, the teens met Wednesdays to discuss big-picture concepts, furniture preferences, and myriad other details. Conversations began with how users wanted the space to feel. Later, they gave feedback on architects’ renderings and discussed how the space should function. One issue was whether The Mix would be open to all teens or just high school students.

“It wasn’t like, ‘We’re going to make a decision, and then it’s going to go to the adults and they’re going to make the real decision,’ ” said Brad Levin, who got involved with the board last September. “Our decision would be final, and that’s why everyone was really passionate about it.”

The young advisers discussed programming and gave feedback on the new website. They also advocated for the space to have its own bathroom even though the plumbing was costly. Having input into those aspects of the design process was important, the teens said, to give them ownership of the space.

Construction crews brought the vision to life last summer and The Mix opened on June 18. Today, an interactive wall where people “draw” with their fingers (a BAY idea) welcomes visitors into the space. Teens can mix sounds along the row of new Macs and MIDI controllers, shoot videos with green screens, and record music in the soundproof audio booth. (“Before it opened we all went in there and screamed,” said Levin. “It’s really soundproof.”) 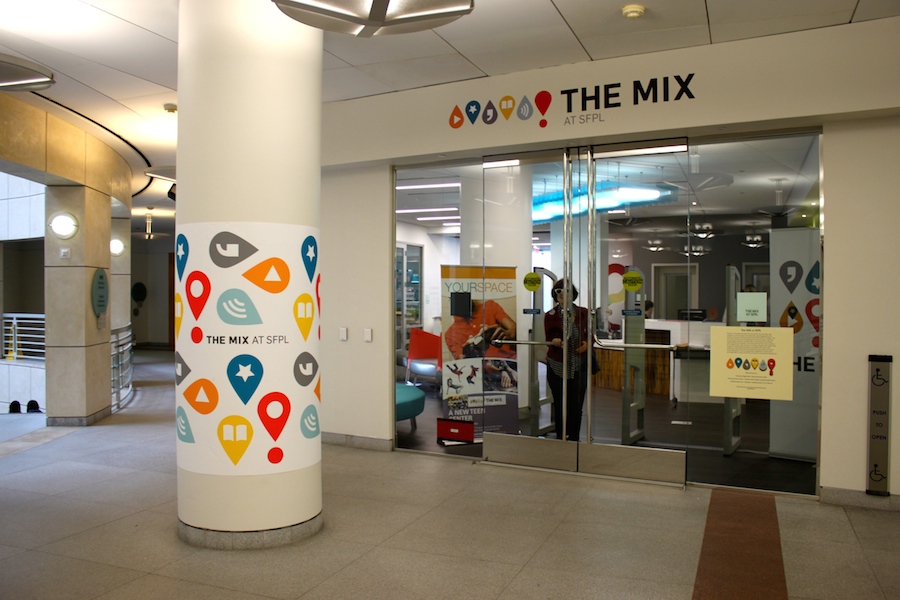 Teens have been filtering in all summer, curious to look around or attend events like how to use a rainbow loom or the basics of film production. Others do homework in nooks in the walls, check out iPads, or read graphic novels on the giant bean bags spread out in the “carpet garden,” a wide set of stairs next to the window.

On a Thursday in August, board member Robert Shi walked through the space for the first time. “It was like walking through the 3D models,” he said. “I wasn’t sure it was really going to come out like this.”

Klaine Justo, who became part of the board last fall, will be one of four paid youth ambassadors who will support those working in the space. The position is available to students at city colleges. She is still learning the ins and outs of the technology, and said her favorite place was the carpet garden, which doubles as a performance space and a place to hang out and play “Just Dance” on Xbox on Friday nights.

“I keep thinking about our grand-opening day, when Mayor Ed Lee gave a speech and said the space will serve as a living room for youth who don’t have living rooms,” she said. “I think that’s really true.”

What Libraries Offer the Maker Movement

A growing group of libraries have opened up space for maker projects as one way...

You wouldn’t necessarily expect the Hirshhorn Museum and Sculpture Garden—an arm of the Smithsonian Institution—to...

In an effort to reach more patrons and spread innovation, librarians are taking their digital...