Grass Valley Elementary’s schoolwide shift towards connected learning and maker education, supported by an LRNG Innovators Challenge grant, is letting students shine by giving them opportunities for authentic expression while connecting to their passions and communities.

“We often think of Grass Valley as ‘The Little School that Could.’”

This is how Paula Mitchell, a teacher at Oakland, California’s Grass Valley Elementary School begins the story of her school’s embrace of student choice and connected learning. The shift began in earnest in the 2016-2017 school year, as four of Grass Valley’s classrooms implemented a new project-based learning curriculum. This year, the transformation has gone schoolwide, thanks to a grant from the 2017 LRNG Innovators Challenge.

The LRNG Innovators Challenge grants stem from a partnership between LRNG, powered by Collective Shift, the National Writing Project, and John Legend’s Show Me Campaign to help educators extend time and space for Connected Learning. The Connected Learning theory posits that learning happens on a continuum—in school, as well as at home, work, and among friends—and is driven by students’ own interests and life experiences.

Through this project, called Linked Learning with Maker-Centered Education, Grass Valley Elementary is expanding its makerspace and leveraging that maker ethos to transform the whole school with school-wide projects, crowd-sourced afterschool events, and support for individual pursuits and tinkering.

School-wide projects establish a broad, guiding theme for the whole school, and then let individual classrooms and students find unique ways to explore that theme and demonstrate their learning. In the fall trimester’s “Self as Superhero” project, students were tasked with identifying a problem in their community, whether that be their classroom, school, neighborhood, or beyond, and worked through the skills and traits that they, as superheroes, would need to tackle their issue.

Students worked on a variety of problems, and their final products took many forms, including comic books, costumes, action figures, and posters. One class even decided to put on a shadow puppet show, working collaboratively to write a script, build their superhero shadow puppets, and even figuring out how to build and operate the lighting. Students had the opportunity to write, create, and construct, all while coming to understand themselves as superheroes: change agents with the creativity and power to have an impact on their communities.

The project culminated in a day-long Comic Con event, where students showed off their projects, proudly displaying comic books and art, as well as donning their carefully crafted costumes and acting out their stories.

The day also featured some unexpected community connections, including Amana Harris, the activist whose book had inspired the project, as well as a local artist whose paintings of African-American superheroes wowed the students.

In addition to the school-wide projects, Grass Valley’s makerspace holds regular afterschool events, with project ideas crowdsourced via a simple sheet of paper posted in the hallway. This has resulted in a variety of projects, with slime-making emerging as a particular favorite.

The makerspace also provides the opportunity to pursue open-ended, individual projects: students can bring in an idea, and teachers will support them in creating and carrying out a project plan. 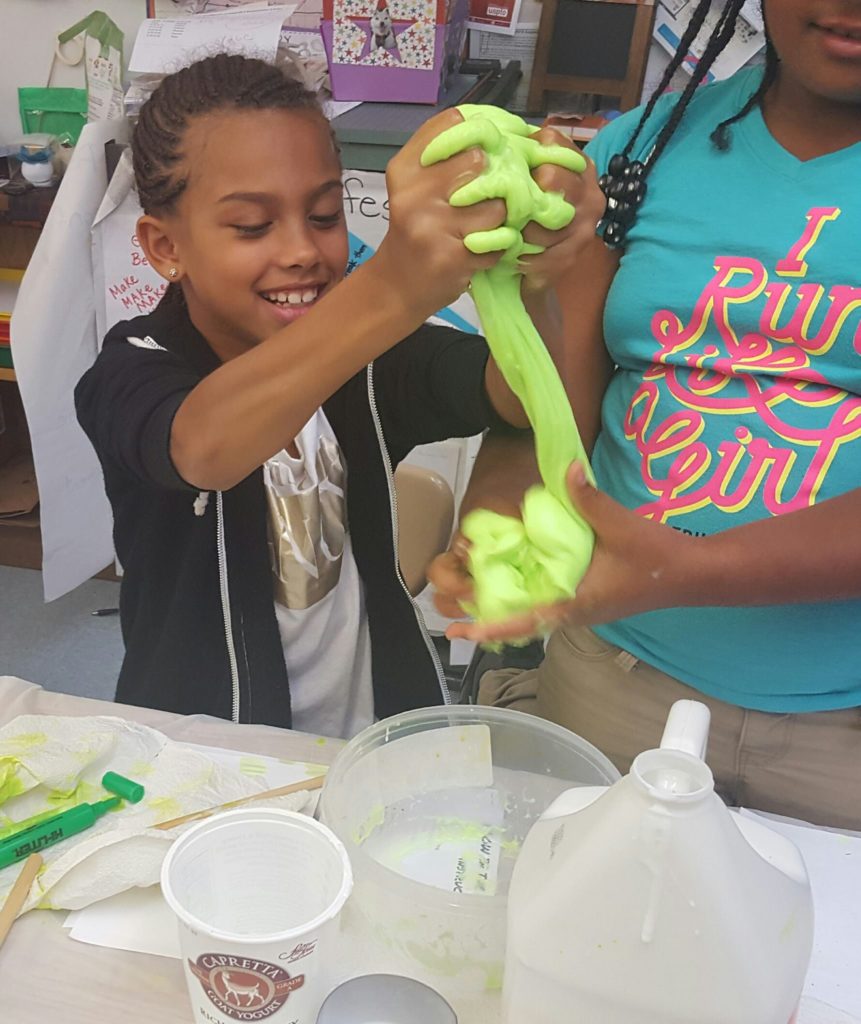 All of these opportunities for student voice and agency are having an effect, says Mitchell. “I feel like they’re getting more and more empowered to speak up, say what they want. I see it already, they just come in like ‘I wanna make this, I wanna do this, I wanna do that.’ It’s great, it’s exactly what we hoped would happen.”

But the benefits of this approach don’t stop at giving students more say over what they’re learning; perhaps more profoundly, students now have much more agency over how they learn, and how they show their learning. “Through this project there’s an opportunity to showcase skills and talents that a lot of teachers didn’t know their kids had, until they tried a more hands-on approach and opened it up to the students’ vision,” says Mitchell.

This can be especially noticeable for the school’s special education students, who, despite experiencing difficulties with more traditional forms of school participation, are able to truly shine when given the opportunity to express themselves in a way that is authentic to them.

Mitchell points to one boy—a fifth-grader who had entered the school as a completely non-verbal kindergartener and still showed little interest in writing—whose “Self as Superhero” comic book particularly stood out. “He drew the most amazing character and then did all the dialogue,…he took off and created whole scenes and dialogue between characters and wrote them out in speech balloons. He owned that comic book that he created.”

This authenticity is at the heart of what makes the project, and Connected Learning in general, so valuable. By reshaping school work around students’ interests, not only in content but also in form, Grass Valley is creating opportunities for students to bring their passions and talents into the classroom (and library!) with full force, helping them grow into curious, creative, and skilled adults, ready to make an impact in their careers and in their communities.

After all, as Mitchell says, “the whole reason we have school is for them.”

From Passion to Purpose: 10 Teacher-Led Awards Distributed via the...

With support from John Legend's The Show Me Campaign and the National Writing Project (NWP),...

Charlottesville students dig into the stories, told and untold, that make up their community's history,...