In his concluding remarks during his DML 2015 session, “Designing Classroom Equity: Connected Learning and Co-Designed Research from Across the National Writing Project,” DML Conference Committee member and Columbia University Professor Ernest Morrell noted: “Technologies are tools; love is a foundation; humanity is the end.”

Dr. Morrell’s note pushes educators to move beyond an idolization of digital gadgetry and think purposefully about what work related to connected learning looks like in sustained execution. To this extent, while I spent most of the last week in downtown Los Angeles basking in the inspired scholarship on display at this year’s DML Conference, I also spent my Saturday and Sunday a few miles south of the conference at the first game jam held at the Critical Design and Gaming School (C:\DAGS) in South Central Los Angeles. Applying the conference’s theme of “Equity by Design,” the teachers at C:\DAGS developed a unique game jam experience that encouraged students and guests of the high school to create games around the randomly selected theme for the jam: apocalyptic games. I’ve previously spoken with teachers at the school on DML Central, and this weekend’s festivities were a culmination of the careful planning and passion of the teachers and students working hard at this public school.

Nearly 50 students showed up for the two-day game jam and came up with 13 different games by the time Sunday’s award ceremonies commenced. With funding support from the LRNG Innovation Challenge, the game jam was a nearly even mixture of teams designing complex tabletop board games and teams relying on tools like Game Salad and Scratch to create playable video games. From the platform-based Ghouls, where players pick up weapons, shoot digital enemies and advance to complex Mario-like levels, to Zombie Trap, a board game that involves equal measures of throwing beanbags at the board, doing pushups, and making lots of noise, the variety of games on display was refreshing. 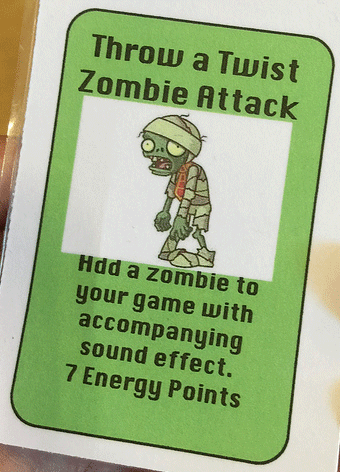 Since opening in the fall of 2012, C:\DAGS and its two sister schools, the Community Health Advocates School (CHAS) and Responsible Indigenous Social Entrepreneurship (RISE) School, have had two graduating classes of seniors, opened their campus as a key resource for their local community, and have seen significantly less teacher-turnover than other schools throughout the Los Angeles Unified School District. The intentional focus on how schools support the needs, interests, and cultural dignity of their community, to me, is one of the clearest examples of “equity by design.” The core values of C:\DAGS are not simply about connected learning and game design but about weaving such pedagogical work with principles of social justice and sustainability. Such work is hardwired into how the school operates and the weekend’s game jam was no exception. In the opening ceremony for the event, teacher Mark Gomez began by describing the large gaming industry, the need for diverse voices within it, and the reason C:\DAGS’ community was the most important voice missing in this space. It was under the auspices of this explanation that students feverishly designed and play-tested for two full days.

And, while the academic and socioeconomic intents behind the game jam are focused on social justice, that isn’t to say that the school can’t have fun while still innovating. One of my favorite elements of this game jam — and one that separates it from my experiences with other similar events, like last year’s White House Game Jam—is how the teachers gamified the process of game jamming.

With various milestones baked into the schedule of the day, students received “energy points” that could be utilized in advantageous ways. Tired of the Final Fantasy video game soundtrack blaring throughout the morning? No problem: three energy points and you were the game jam’s DJ for the next three songs. Want to spy on another team’s planning development? No problem: cough up some energy points. And, in a slightly sinister component, teams could use energy points to buy “twist cards” to give to competing teams. This meant that throughout Day 1 of the game jam, teams were not only iterating and developing games around a theme within the breakneck pace of the event, but that they were occasionally thrown for a loop.

How did participants do?

In addition to the powerful learning of students, it was fascinating watching the teachers adapt and adjust the game jam on-the-fly as well. Computer science teacher Nancy Se noted on Saturday that this was a “playtest” for future C:\DAGS game jams. When some conniving brilliant teams planned to sabotage their competition by dumping multiple twist cards on other teams at the 11th hour, the teacher-organizers quickly built up alternatives for the gamified energy point economy and rules around the unforeseen execution of other players (rules clarified that teams could only play one twist-card every 30 minutes once the plot was revealed).

Further, as the C:\DAGS Game Jam plans continue to move through their beta testing, the teachers plan to share their resources for other educators hoping to sustain not only the South Central participants but to help share their learning with educators and game designers. As it is, not only did C:\DAGS students leave excited about the next game jam, but several other schools in Los Angeles have already begun planning to send students, parents, and teachers to the next jam, which will be held at the school next year (updates which will likely be found here). For a week that focused on the notions of “equity by design,” I loved how the praxis of theory, action, and reflection were always on display at C:\DAGS, a humanizing instantiation of the themes of DML.