How young people at Oakland’s Youth Radio are using digital media to elevate their political voices.

During this past midterm election, ballots around California’s Bay Area were as befuddling as ever. Should Oakland residents vote yes on Measure FF to raise the minimum wage? Or would this be too hard on small business? Would a yes vote on Proposition 47 mean the state was too soft on crime?

But over at Youth Radio in Oakland, California, all the confusing propositions gave LaKayla Dyer an idea. During an editorial meeting, Dyer suggested building an app that would decode some of the propositions into language young people (or adults, for that matter) can understand.

Ten days later, the Know Your Props web app was up and running. The editorial side picked propositions to highlight—from a soda tax to lessening penalties for nonviolent crimes—that would affect Bay Area youth and synthesized the facts. Meanwhile, other members designed the user experience.

The app was only one piece of Youth Radio’s election coverage, which included real-time social media posts and interviews. But the young people at Youth Radio are hard at work writing and broadcasting issues they care about all year round. It’s an evolving type of civic engagement that’s echoed by young people throughout the country who are tweeting, posting, sharing, and writing on social issues ranging from the Occupy Wall Street movement to the protests in Ferguson, Missouri. 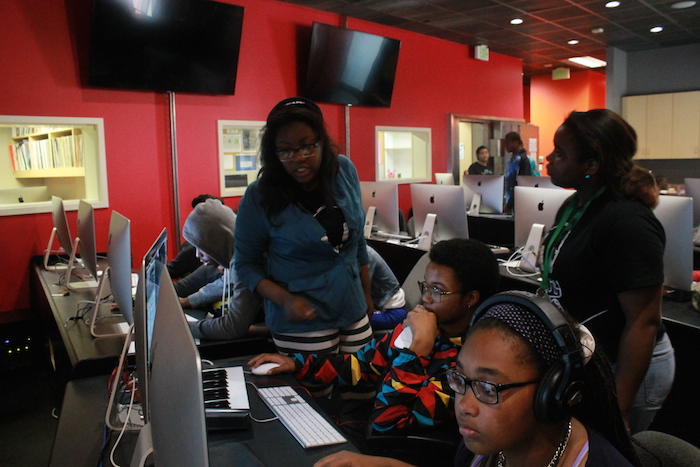 “[Young people] have views, insights and analysis that they’re doing all the time,” said Lissa Soep, senior producer and research director at Youth Radio. “But we want to help connect them with [the] audience and target their own thinking to get more and more sophisticated so that they’re able to achieve the goals they have with respect to communicating.”

Soep is part of the Youth and Participatory Politics (YPP) Research Network, an Educator Innovator partner, which is researching “participatory politics,” defined as “interactive, peer-based acts” in which people exert voice or influence on issues of public concern.

There’s a pretty wide umbrella over the activities considered participatory politics. In some cases, online organizing can spur huge movements like it did in Ferguson this summer. But there’s plenty of critique around the idea that most online activities are really a form of civic engagement. Is signing a Change.org petition really that impactful? Clicking “like” on a Facebook post? Retweeting? Sometimes called “slacktivism” or “clicktivism,” critics point out that sharing on social media might make it too easy to commit to a cause without actually devoting any time or resources to it.

Researchers at the YPP Research Network are considering all these implications and trying to figure out just what truly impactful, or “thick,” civic engagement looks like for young people in the 21st century.

“When you see people talking about a crisis in civics, I don’t think we want to be thinking about, ‘Can you pass this test?’” said Ethan Zuckerman, director of the MIT Center for Civic Media and a member of the YPP Research Network, in a keynote speech at the Digital Media and Learning Conference in 2013. “You want to be asking the question, ‘Do people feel like they have the ability to influence their government or community on the issues they care about?’ And I think there is a sense that they may in crisis.”

At Youth Radio, young people are gaining a greater sense of agency by fine-tuning their stories about issues they care about like cyberbullying, fair labor in fashion, or HIV.

Soep also said working with Youth Radio helps elevate young people’s work from a “point of view” to a “point of voice,” which goes a step further than only sharing an opinion.

As an example, Soep pointed to a recent Youth Radio piece by Catory Goodman, “Navigating School Without a Computer.” In it, Goodman sheds light on how tough it is to stay on top of coursework without a computer at home—even though she has a smartphone with internet access. She already knew her experience, but she used it to bring more nuance to a much larger discussion about the digital divide.

“Once that’s put out there in a public way, it just helps people who have access to power and policy makers and administrators to have a better understanding of what that experience is like for her and the fact she’s not alone in that experience,” Soep said. Young people’s work, like Goodman’s, is broadcast on the Youth Radio site and sometimes through media partners like National Public Radio.

At a time when Congress’ approval rating hovers around a whopping 14 percent, participatory politics and the internet help kids reach an audience of people who matter most to them. It’s unclear how this will impact the more institutional political systems—low voter turnout among young people was a main news item after the midterm elections. But network member Joseph Kahne recently wrote in the Washington Post that the YPP Research Network’s surveys have found experiences in participatory politics translate into stronger civic commitment and deeper engagement in school.

It’s still difficult to pin down how closely participatory politics and voting are linked. But the young people at Youth Radio took it into consideration—the Know Your Props app included a section for finding your polling place. Soep said it’s possible Youth Radio will do a new Know Your Props app for every election. In the meantime, there’s a lot of news to cover.

Learning by Making: Agency by Design and the Rise of...

This post originally appeared at Usable Knowledge at the Harvard Graduate School of Education. The...

Teach The Web Talks from Mozilla

Teach The Web Talks are webinars that are broadcast monthly by our partner, Mozilla Webmaker....